The Heart Stone Chronicles: The Swamp Fairy is Free on Amazon today and tomorrow to celebrate International Fairy Day!

This is your chance to experience the magic of the fairy nymphs. Here is some insight into some of the ideas behind the symbolism in the story and my use of the number seven, rainbows, and ancient Greek Mythology that I sprinkled throughout the novel.

The number seven is significant in early folklore and Christianity. Seven was creatively used in many myths and fairy stories from our childhood. Snow White and the Seven Dwarfs is always the first fairy tale that comes to mind that used the number seven.

The Seed of Life, mysticalnumbers.com

The rainbow is a Christian symbol found in the Bible which has various meanings. Many believe that the rainbow is a symbol of God reminding us that we are never forgotten.

I chose to infer this meaning when my protagonist, Abby Forester, recognizes her mother as being part of the collective soul of the swamp fairy. The double rainbow is a rare weather phenomenon that I used to convey the message from Abby’s mother that she is always with her, not in person, but in her heart.

Just as the Christian meaning emphasizes God’s reminder that we are not forgotten, this same symbolism is implied when Abby sees the double rainbow and acknowledges that her mother is always with her. In this way, I hoped to inspire my readers to remember Abby’s story each time they see a rainbow and connect its meaning to their own family.

Oread – Red: The Oread clan lives in the mountains.

Naiad – Green: The Naiad clan is found around bodies of water like springs and lakes, or swamps.

Dryad – Orange: The nymphs of the trees and forest are of the Dryad clan who inhabit the oak trees.

Hamadryad – Yellow: The Hamadryad live in many kinds of trees and die when the tree they inhabit dies.

Alseid – Violet: The Alseid clan inhabit the forests and meadows.

Meliae – Blue: The Meliae clans live deep within the ash trees that grow in ancient forests and fields.

Oceanid – Indigo: The sea-nymphs are from the Oceanid clan.

The use of the name, “fairy nymphs,” alludes to Greek Mythology where the nymphs were considered to be magical creatures. I called Rafe Cobb’s two Doberman Pinchers by the names of “Juno and Brutus,” to build on the links to Greek Mythology and reinforce that imagery in the story.

By using the symbols of Greek Mythology, the number seven, and the rainbow imagery in The Heart Stone Chronicles: The Swamp Fairy, I created a way for my readers to connect to their own ancient belief systems. By incorporating these symbols, the story comes across as believable because these myths are taught to us from an early age. I also felt the symbolism helped Abby make her magical experiences more tangible to my readers. My hope is that Abby’s story will touch you and inspire in you a love of writing and magic.

Experience the magic! Get your copy today!

Thank You for Sharing:

Thanks for sharing your thoughts. Cancel reply

This site uses Akismet to reduce spam. Learn how your comment data is processed.

Word Craft ~ Prose & Poetry is an uplifting community where poets can learn the basics of writing Japanese and American syllabic poetry by sharing their own poetic inspiration within a weekly poetry challenge called Tanka Tuesday.

Participants submit their poetry written in one of the twelve forms: haiku, senryu, haiga, tanka, gogyohka, haibun, tanka prose, renga, cinquain, and its variations, Etheree, nonet, and/or shadorma. Poets receive positive feedback from peers who inspire each other to stretch their creativity.

Participants and readers return each week to celebrate the weekly poetry stars and to buy books from the Tanka Tuesday Book Store.

We’re Listed in the TOP TEN Poetry Blogs at RankedBlogs.com

Disclaimer: My book review posts contain affiliate links. As an Amazon Associate, I earn from qualifying purchases. I earn a small commission to fund my reading habit if you use the links on my book reviews to make a purchase. You will not be charged extra, and you’ll keep me supplied in books that I can review. It’s a win-win situation for everyone. Thank you.

Archives You Will Want to Read 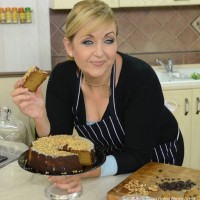 My Most Magical Posts

Normalising the conversation about Grief.

Crafting Magic through Prose and Poetry

To inhance my spirituality

Discovering forgotten voices from the fringes and frontiers

To stop a whirlwind.

Books and music - It's all about words!

be you, be great

Whispers of a poet's heart

the reverberation of a hidden well...freed.

spreading the word about mental health & sharing some personal experience

A collection of my art & design. Delighted you've dropped by!